Voting is a massive responsibility not to be taken lightly. Now I am sure most people would say, such a situation would never happen but in history it actually did…’one vote is what made Adolf Hitler the President of the Nazi party.’ So, we should never believe our votes don’t carry weight and that our votes are not important.

I personally do not vote because I believe that the biggest change that I would like to see is the idea of a ‘’rainbow nation’’ to become a reality first before I can cast my vote. I say this because right now the idea is so farfetched and I believe that it is because South Africans are still healing from the past and the effects of the Apartheid regime. I would love to one day be able to see a South Africa where race is not an issue and where people are clear from their preconceived ideas about a specific race. I would also like to see a corrupt free South Africa in which the resources are appropriately allocated and distributed to benefit every single South African citizen.

To see that I wasn’t alone or a ‘’bad’’ citizen, I wanted to know what my friends takes are in this matter. One of my good friends said, ‘’I don’t vote because no matter what party you vote for, it never makes a difference to the country. They all promise you things and never fall through with it. So therefore, I find it’s pointless to vote.’’ Azraa (my friend) went on to say, ‘’I would like to see a South Africa without power cuts, with cleaner streets, safer areas, better police force and security services, better health care; especially in the government hospitals and a country without racism.’’ I then asked her what kind of a party would she vote for, she answered, ‘’A party that does not make any race superior, that stays true to their word and provide for the country what they have promised.’’ Azraa is one of many who have stated that they want every race to be treated equally, now that says a lot!

I also have friends who are not South African citizens, so I wanted to know their thoughts on the matter of not being able to vote. Neto said to me, ‘’It makes sense not to be able to vote. If we let foreigners vote, they could completely alter the political structure of a country and then leave the next day. I wouldn’t want South African foreigners to be able to vote in my country.’’ That is a deep and honest answer, which in turn makes me proud of the people I surround myself with. It is important for my generation to talk about these issues whether you’re a citizen or not, we can’t always talk about boys and parties. Like Nelson Mandela once said, ‘’the youth of today are the leaders of tomorrow.’’

My friends and I want to see change in this country and we are basically tired of being made fools. Do you feel the same way? Being promised empty promises? The world sees us as a joke because of our Parliament. What are we teaching the upcoming generation? Sometimes I believe that they are doomed and they have been for a while now. Heck, our generation in some ways is screwed too! Unemployment keeps rising, global warming, melting of ice caps, burning of forests and so on. They’re screwed in more ways than one. But another friend of mine is more optimistic, saying, ‘’we need to be hopeful that the future of the country is in our hands. I mean imagine if Steve Biko, Mandela, Winnie Mandela thought that their generation was ‘doomed’ and did not do anything to change that? I think we have more challenges but there’s still hope,’’ I then asked what could be done to better the upcoming generation after us, ‘’our starting point, we first need to correct the mistakes that were done in the past by the older generation and only from then onwards can we start building the country or the future that we want. In doing that we know that the world is changing at a ridiculous rate and how to keep up with the Western world but at the same time be reminded that we need African solutions for African problems.’’

I believe that we cannot just rely on the government for the change we want, it starts with you, then the household, then your neighbours and then your community. Young voters account for half of the voting population, making them a powerful political force. Should we suggest that the voting age should be lowered in an effort to promote earlier voting among teenagers and young adults? After all we are the change. We are the movement!

Each individual in a community has a responsibility to contribute by voting for a political party that is in alignment of their beliefs. It is the least an individual could do to contribute to changing something they are not happy with on the grander scheme of things. It is quite a powerful thing when you think about.

A lot of my generation say they do not vote because nothing changes, but what they do not know is that it is not true. Even if a specific party does not win, the number of votes they get affects how many seats they get in Parliament, and that’s a big deal. Say, for example, the ANC gets 60% of votes. Let’s also say that day a feminist party gains the other 40%. That means even though the ANC remains the ruling party, they have 40 less seats in Parliament. Which means that’s less control they have over the government and forces them to address matters of concern raised by the feminist party. So even if your party of choice does not win, you’ve already made a considerable difference.

Now let’s say 3 people in the entire country vote because everyone else couldn’t be bothered. Let’s say those 3 people voted ANC, they then have 100% of the votes. This means they have 100% of the rule. I am not sure of the number, but if ANC makes a certain percentage of votes, by law they’ll have enough authority to even change the Constitution. That is an important thing to keep in mind.

Now let’s consider one last scenario; let’s say the feminist party ties with the ANC, though they could have won if they had just one more vote and let’s say that you were the only person who didn’t vote that day. Your vote would have been the one to tip the scale either in favour of the ANC, or the feminist party. Scary right? As it should be. Voting is a massive responsibility not to be taken lightly. Now I am sure most people would say, such a situation would never happen but in history it actually did…’one vote is what made Adolf Hitler the President of the Nazi party.’ So, we should never believe our votes don’t carry weight and that our votes are not important.

‘’Not voting is not a protest. It is a surrender.’’ –Keith Ellison 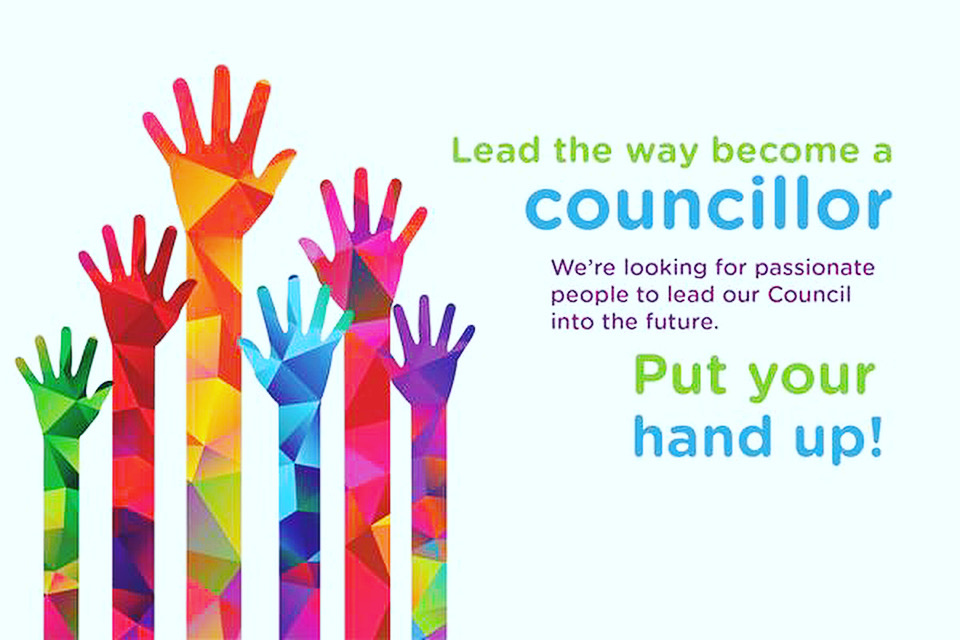